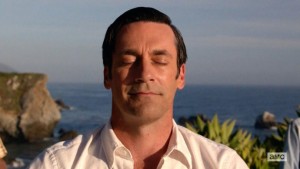 For me Om represents the sound of all sounds. Wind in your hair, sizzling sun on the sidewalk, waves crashing to shore — your own breath — all are to be found in a single Om. While Don, new at all this, sounds Om as one flat note, in fact, Om consists of 4 separate sounds: 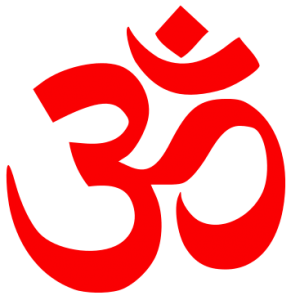 The “Ah” should resonant below your jaw into the high neck.
“Oh” you can feel in your cheeks.
“Um” can be felt a little higher across the nose.
Silence allows room for you to inhale and appreciate the sound of nothingness in your third eye, the forehead.

Play with this on your own, or it you’d like check it out live with me at the HeavyWeight Yoga YouTube channel. Lots of other fun yoga suggestions can be found there as well.