A Great Newsfix on Houston’s TV 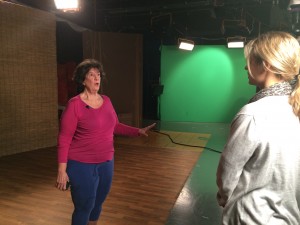 I was thrilled to be interviewed for the Houston TV station KIAH this week, the CW39 channel. Not only did I get to show the city’s viewers the latest from the Heavyweight Yoga 3 DVD, two Houston-area teachers that I’ve trained got their moments in front of the camera as well. Rowan and Leah expressed themselves with passion and spark. They’re great representatives of the Heavyweight Yoga teachings.

The CW39 has a very unique news hour. Newsfix is full of one- and two-minute stories, and it’s got a great sense of humor. It’s news that pitched for the younger viewer. It’s got an app where you can see its stories, and Courtney and the crew there at the station were gracious with their time. 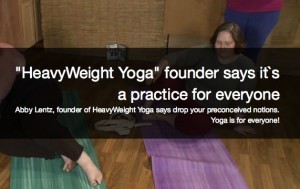 Heavyweight Yoga got its due thanks to their work. Being on Newsfix was an example of how yoga’s gotten into the mainstream conversation by now. People want to get the word out. It feels like interest is higher than ever. When I look back over the 42 years that I’ve practiced and taught yoga, it’s gone from something for hippies and cult activity, to a genuine lifestyle choice.

Yoga is everywhere. It’s available to anyone who wants to try it, use it, and love themselves. I told Courtney while I was on camera that making changes in your life is only possible from within. When you love yourself, that’s the best way.